COVID updates will be suspended effective April 20, 2022. We will resume as/if needed. Thank you!

We wrote in our March update: Well we have been here before……!

We were referencing a break and slowdown in COVID infections during March. And of course, we are here in April to report a new variant that is now spreading across the Country:

Here’s what you need to know about BA.2 the new variant.

This new COVID variant, first detected two months ago, now making its way across the U.S. and spreading more quickly in the Northeast and West.

The BA.2 variant appears to be on its way to becoming the dominant COVID strain, having roughly doubled each week for the last month, according to the U.S. Centers for Disease Control and Prevention. BA.2 is considered by the World Health Organization as a “sublineage” of the highly transmissible omicron variant. It’s a different version of omicron than BA.1, which was responsible for the surge that hit the Midwest in January – February.

How fast is BA.2 spreading in the US?

BA.2 made up 39% of cases in New Jersey and New York, the week ending March 12, up from 25.4% the previous week, the CDC says. (Puerto Rico and the Virgin Islands are also included by the CDC in that region’s COVID case breakdown.)In the Northeast (Connecticut, Maine, Massachusetts, New Hampshire, Rhode Island, and Vermont), BA.2 accounted for 38.6% of cases, up from 24% the previous week, according to the CDC.

BA.2 cases have risen in recent weeks in the rest of the U.S., accounting for 12% to 20% of cases in other states for the week ending March 12.

Does BA.2 spread faster? Is it more lethal?

Studies have shown that BA.2 is “inherently more transmissible” than omicron BA.1, according to the World Health Organization. What’s not yet known is if BA.2 causes severe illness as did omicron BA.1 did, which prompted a rapid surge in cases, hospitalizations, and deaths for a month before plummeting just as quickly. While omicron BA.1 was considered milder than both COVID’s original strain and the delta variant, it led to an increase in U.S. COVID deaths: 60,000 in January 2022, twice the amount of deaths in November, according to the Center for Infectious Disease Research and Policy at the University of Minnesota.

But health officials are uncertain what BA.2 will do.

Are vaccines and natural immunity effective against BA.2?

Vaccines were shown to be as effective against BA.2 as they were against omicron BA.1, according to British scientists. That means the vaccines may not prevent infection, but they work well in fending off severe illnesses.  If you were infected by omicron BA.1, you may also have good protection against BA.2, according to the World Health Organization. While reinfection is possible, studies suggest that infection with BA.1 “provides strong protection” against reinfection with BA.2.

And lastly, we encourage everyone to read a USAToday piece printed in mid-March by Dr. David Gifford, a geriatrician, is the chief medical officer at the American Health Care Association and the National Center for Assisted Living. 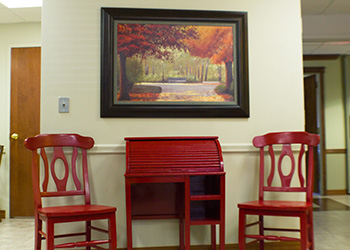